At the time Otis House was built, most Bostonians were not living the elite and comfortable lifestyle that the Otises were enjoying. The following profiles are based on real people living on and around Beacon Hill in 1796 that were uncovered through the researching of public records. 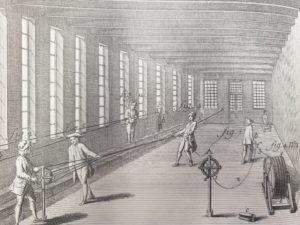 William Decruse was a thirty year veteran rope-worker who supplied Boston’s all-important shipping and fishing industry with this much needed resource, as each ship required hundreds of yards of rope for the sails, anchors, and other equipment on board. Because of this, Boston had many outdoor stretches of streets called “ropewalks,” including the one on which William worked, located on Myrtle Street on Beacon Hill’s North Slope. William had a reputation for sloppy work, but his wife, Sarah, was the sister of the foreman at the ropewalk, which kept him from being fired. The Decruse’s lived in two rooms of a large wooden house on Myrtle Street. They had no children of their own, but cared for two young orphans. To make rope, apprentices first started with small fibers from the hemp plant and twisted them together into long, thin strands of yarn. Rope-workers would then take the hemp yarn and twist several of the strands together to make the thinnest rope, called marline. Several of these thin marlines were then twisted together to make a heavier rope. 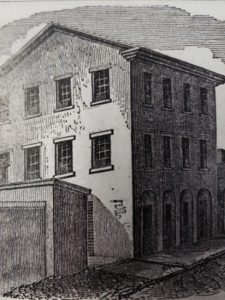 Because black students were discriminated against in the public schools of Boston, Primus Hall ran a school for African American students in his home on West Cedar and Revere Streets. His two teachers, both Harvard students, instructed the students on reading, writing, arithmetic, and English grammar. He lived with his father, Prince Hall, who also worked to improve educational opportunities for the African American community on Beacon Hill. It was expensive to run a private school, and students paid twelve and a half cents in tuition each week. When the African Meeting House was built, it housed Primus’ school, and also included a Sunday school for students who could not afford the tuition or who had to work weekdays to support their families. 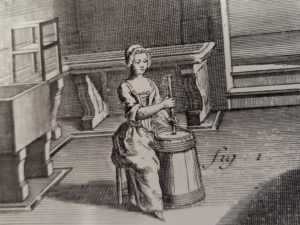 Lucretia Pope was a servant in the home of a wealthy merchant named Nathan Appleton, and a trusted member of the family’s staff. She would have a very long and busy day, starting work before her employers woke up, lighting fires in the fireplaces and bringing breakfast upstairs. During the day she had a variety of tasks – cleaning fireplaces of ash, sweeping carpets, making beds, and serving supper and dinner. She would also have helped take care of the family’s clothes and shoes, washed dishes for the cook, and prepared candles for lighting in the evening. A servant was one of the lower-paying jobs, and even others who worked in the same house (the cook, nursemaid, and coachman) would have earned a higher rate of pay. 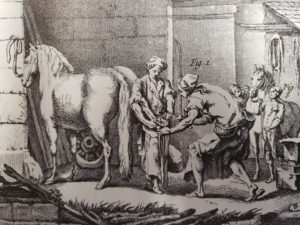 Oliver Davis was a liveryman, stabling horses for regular customers and some for visitors from out of town. Wealthier families owned carriages and horses, and if they didn’t have the space for a carriage house or stable near their home, they paid liverymen like Oliver to take care of their horses. A liveryman’s duties included cleaning each horse’s coat, mane, and tail with brushes and combs, scraping mud or dirt out of their hooves, feeding and watering them twice a day, and using a pitchfork, shovel, and a wheelbarrow to dispose of the horse’s waste before covering the floor with fresh hay or sawdust.