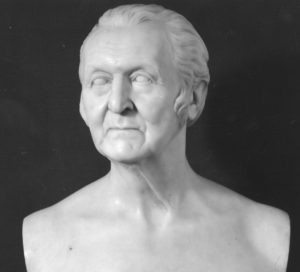 As few families had played a more important part in the Revolution than the Otises, it seems inevitable that Harrison Gray Otis would have a lifelong political career as lawyer, Congressman, Senator, and Mayor. Harrison adhered to the Federalist Party, which under the guidance of Alexander Hamilton, would have provided the sound federal financing that would have appealed to his merchant-shipowner clients.

With fears of enemy spies infiltrating American society, the Federalist majority in Congress passed four new laws in June and July 1798, collectively known as the Alien and Sedition Acts. Harrison Gray Otis, as much as any member of the Congress, was responsible for the passing of this controversial legislation.

The Naturalization Act increased residency requirements for U.S. citizenship to fourteen years from five. The Alien Enemies Act permitted the government to arrest and deport all male citizens of an enemy nation in the event of war. The Alien Friends Act allowed the president to deport any non-citizen suspected of plotting against the government, even in peacetime. The Sedition Act  took direct aim at those who spoke out against President John Adams or the Federalist-dominated government. By 1802, all of the Alien and Sedition Acts had been repealed or expired, save for the Alien Enemies Act, which Congress amended in 1918 to include women.

Harrison Gray Otis held a moral repugnance to slavery, but his conscience was not greatly troubled by the existence of wrongs for which he did not feel responsible. In both 1798 and 1819, legislation was introduced that included the prohibition of slavery. On both accounts Otis voted with the majority to defeat the bills, twice evading an opportunity to curtail the advance of slavery. Only a year later in 1820 his vote against the Maine-Missouri Bill (The Missouri Compromise), allowing Missouri to enter the Union as slave state and Maine as a free state, shows a reversal in his thinking about the fast-growing nation’s “peculiar institution.”

The official objectives of the Hartford Convention of 1814 were to draft constitutional amendments to protect New England interests, and an agreement with the Federal Government to let the states conduct their own defense during the War of 1812. As the convention finished its business, dispatches were already on their way from Britain containing the peace terms that had been agreed to in the Treaty of Ghent, ending the war, and thus negating the power of the ultimatums contained in the convention’s report. The secrecy of the Hartford proceedings contributed to discrediting the convention, and its unpopularity was a factor in the demise of the Federalist Party.