Architecture as Expression _With House 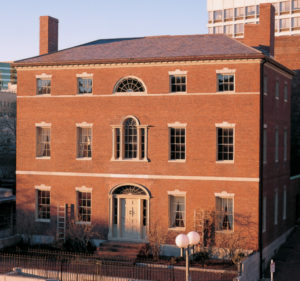 The Federal style, as illustrated by the Otis House, is characterized by flat, crisp elegantly proportioned exteriors, to which brick construction like that of the Otis House was especially suited; and by decorative embellishment, both on the interior and exterior, with delicate ornament of classical inspiration.

Charles Bulfinch (1763-1844) was one of the most important architects working in post-Revolutionary Boston.  Heavily influenced by the Adam brothers, Neoclassical architects active in England, during his travels in Europe, Bulfinch began designing buildings in Boston that were of a similar style.  The style became known as Federal architecture, and was very popular.  In addition to the three houses he designed for the Otis family, Bulfinch was hired to design many houses, schools and public buildings in New England, including Boston’s new State House on Beacon Hill.  Years later he moved to Washington, D.C. to work on the design of the United States Capitol Building. 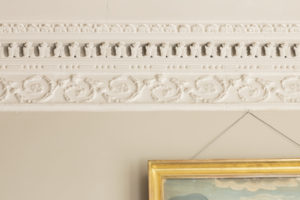 The design of the Otis House by Bulfinch shows typical characteristics of the Federal style, including a heavy emphasis on symmetry, and classical window shapes like the fanlight windows over the main entrance and on the third floor, and the very fashionable Palladian window on the second floor. The Otis House is an excellent example of a high style home in the Federal Era.

The interior of the house, with its delicate plaster cornices, sweeping staircase, Palladian window on the landing and grand entry with sidelights and fanlights, set a tone of elegance and grace when visitors entered.