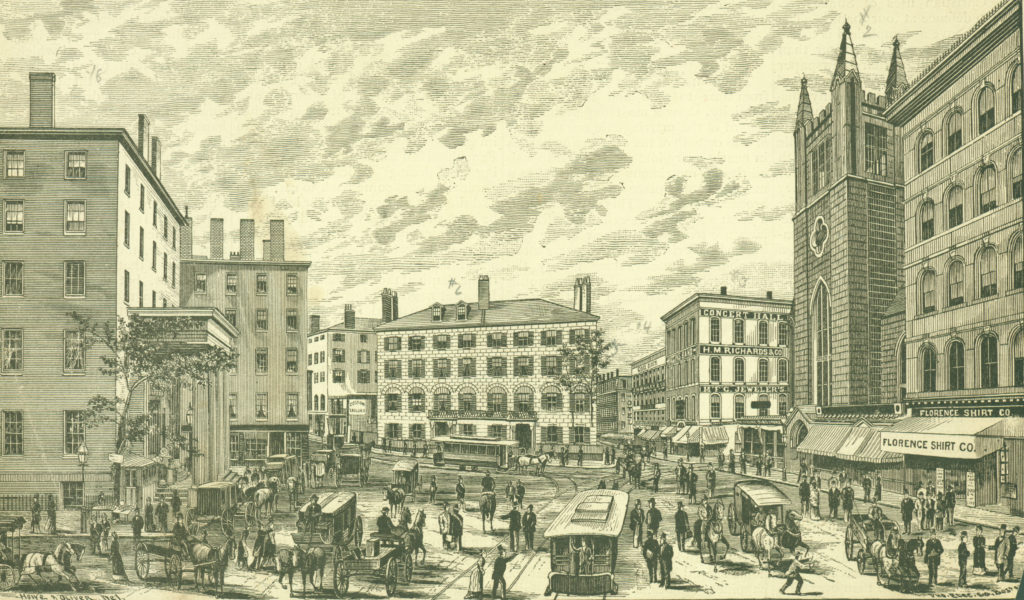 Nestled in the West End, and originally called the “Bowling Green,” Bowdoin Square was quiet through most of the seventeenth and early eighteenth centuries. By the 1740’s the land in the West End closer to the city center had become more valuable for housing than agriculture. As the genteel population began to move from Boston’s urban center, Bowdoin Square became the fashionable home to family names such as Bulfinch, Otis, Parkman, and Gore. As the building of the Charles River and West Boston Bridges changed Cambridge Street into a busy main street, the character of the square changed as well, boasting markets, shops, businesses, and eventually street cars.