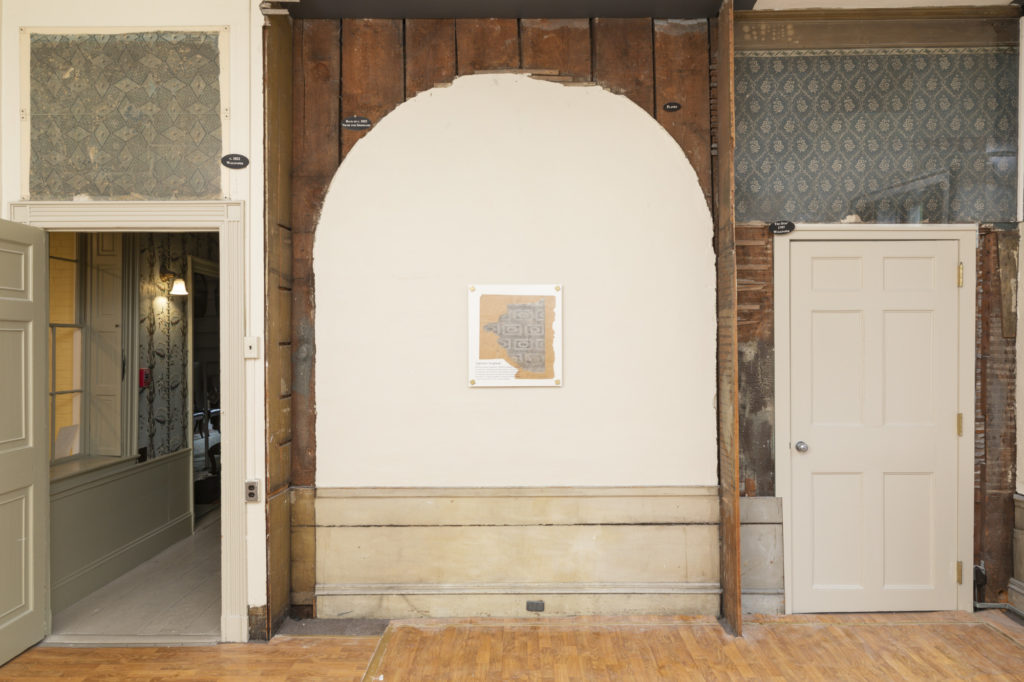 In the kitchen two large sections of wallpaper survive from the earliest periods of the house. The wallpaper over the door on the right dates to 1796-97, when the room was used as a kitchen. The dark blue choice was smart for the smoky kitchen, where a fire would be burning constantly. Inspired by 18th century French designs, it is likely a copy made in Boston. The paper over the door on the left, a wild repeating geometric pattern of diamonds, was introduced c. 1822 when the kitchen was converted for use as a dining room. The wall between the two doors, shows the outline of a cupboard (also called a dresser).