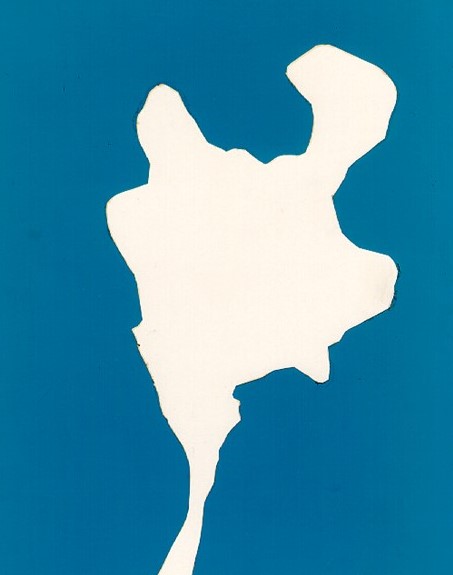 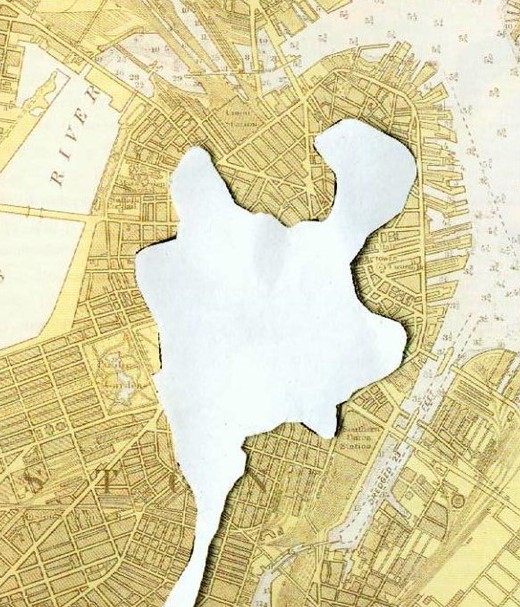 On the left is an image of Boston about 1630, once known as the “Shawmut” Peninsula. Notice Boston is almost totally surrounded by water except for a thin strip of land called the neck.  The neck was often completely covered by tides making Boston an island much of the time. On the right is the original land mass of the peninsula overlaid on a 20th century map of Boston. You can see much of present-day Boston was part of a landfill process that created more land for a growing city. 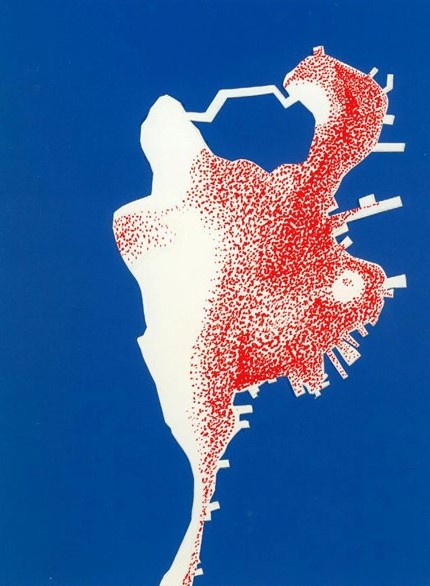 Over 150 years later, red dots on this map show the areas most heavily populated in Boston during the 1780’s.  Most of the population lived along the coast, as you would expect in a thriving seaport town.  The west portion of Boston is sparsely populated for two reasons.  First, the Boston Common was set aside as public grazing land in 1634.  The area above the Common was also sparely settled because it was comprised of three very large hills called the Trimountain.  Beacon Hill is the center hill.  It was flanked by Pemberton and Mt. Vernon.  Both Pemberton and Mt. Vernon were completely leveled and the earth used as landfill, creating more land for Boston.