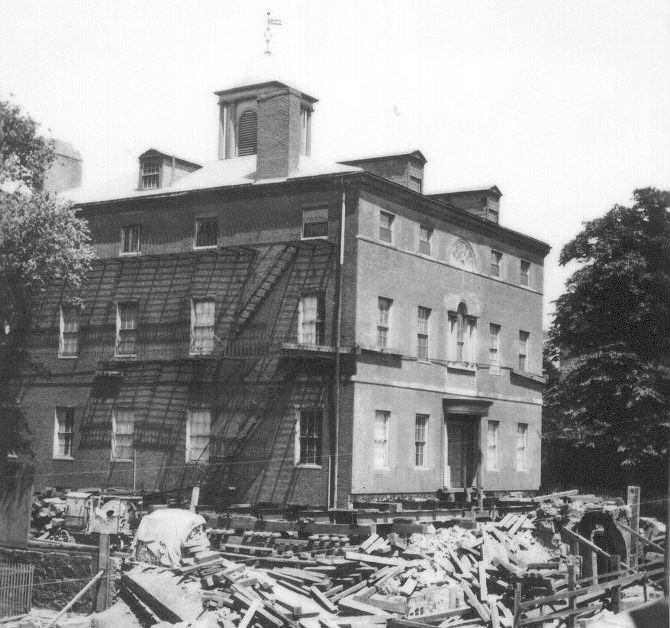 When it became clear in 1924 that the City of Boston would proceed with plans to widen cobblestoned and narrow Cambridge Street into a one hundred foot wide thoroughfare, and that the new street would transect the front rooms of the Otis House, SPNEA (now Historic New England) made plans to demolish the shops and move the Otis House back. In 1925, under the direction of founder William Sumner Appleton, Otis House was moved back forty two feet, eleven inches and lowered two feet, nine inches.