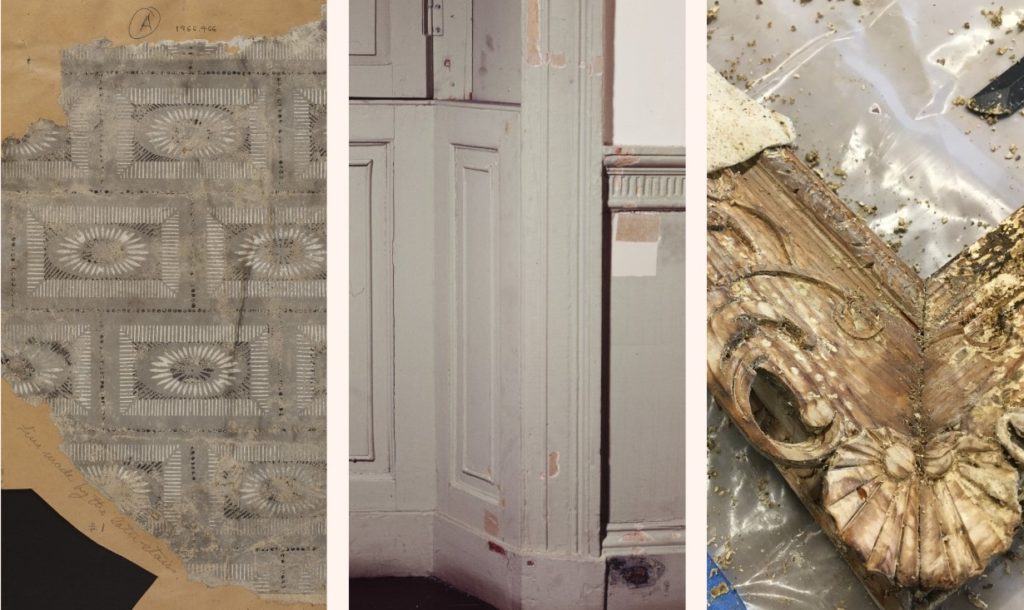 In 1916, The Society for the Preservation of New England Antiquities (now Historic New England) purchased the house to serve as its headquarters, and restoration of the house was begun. The process was interrupted when Otis House received a demolition notice in 1925 resulting from the City of Boston’s intent to widen Cambridge Street. The house was lifted off its foundation, rolled back forrty two feet, and was attached to the nineteenth century row houses behind it.

In the early 1970s, pioneering work in chemical paint analysis was completed, which led to surprising discoveries about Federal era tastes. In addition, fragments of original wallpaper were used to create reproductions, and with period furniture and finishing touches added using inventories or paintings from similar Federal era homes as a reference, most of the house now appears as it might have looked when Sally and Harrison Otis lived here.