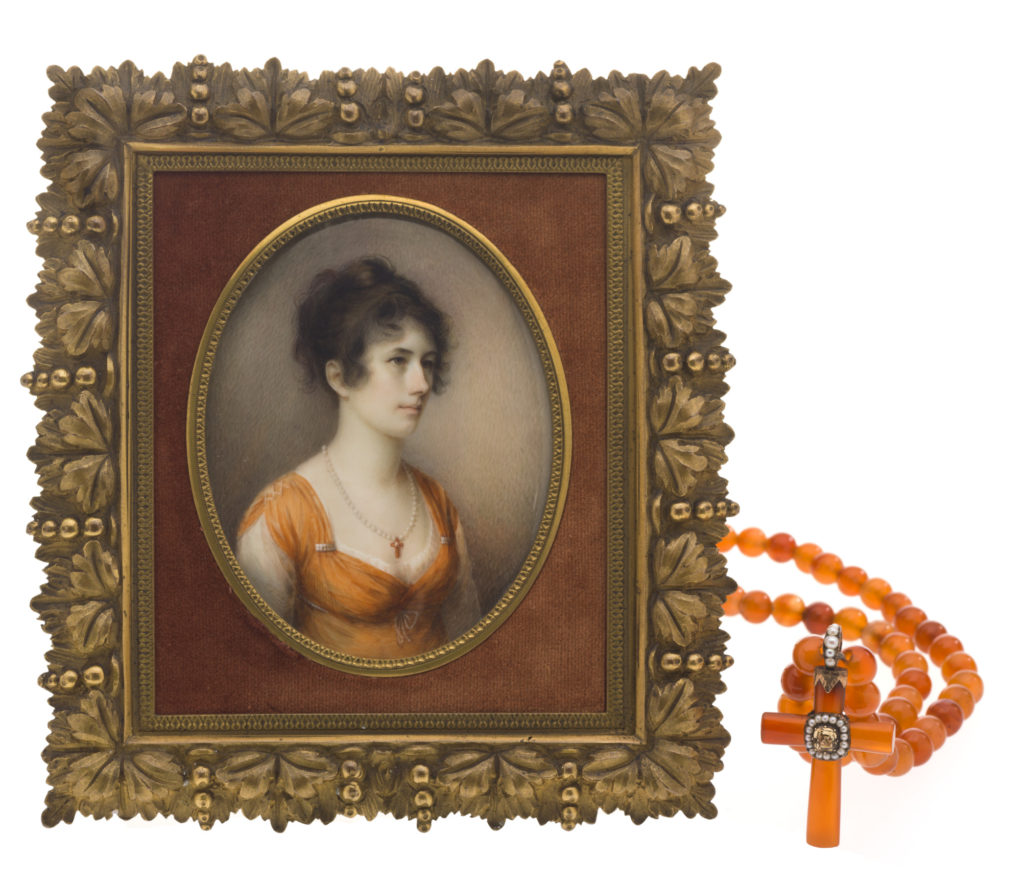 In her 1804 miniature portrait, Sally Foster Otis, wore a carnelian cross on a string of pearls. Renowned for her beauty and sparkling conversation, Mrs. Otis was the toast of Washington and Boston society.

When the Otises moved into the house, they had four children. Sally was 27 and she had already spent 4 ½ years of her life pregnant.  She spent another 20 months in pregnancy in the four years they lived in the house.  The shortest time between pregnancies appears to be 2 or 3 months, the longest, 5 years 8 months. She gave birth to her first child when she was 21 and her last when she was 40.

Over a period of nineteen years, the Otises would have eleven children, eight living until adulthood. Large families were common in the Federal era, but Sally Otis led a much easier life than most women of the period.  The Otises had several servants who took care of the children and the housework, jobs most women had to do for themselves.  Sally’s responsibilities included managing her large home, caring for her children, and being a hostess. Because her husband was a public figure and did a lot of entertaining, these were important jobs.  Sally seems to have been a natural host—she, like her husband, loved city life and knew how to throw a good party.