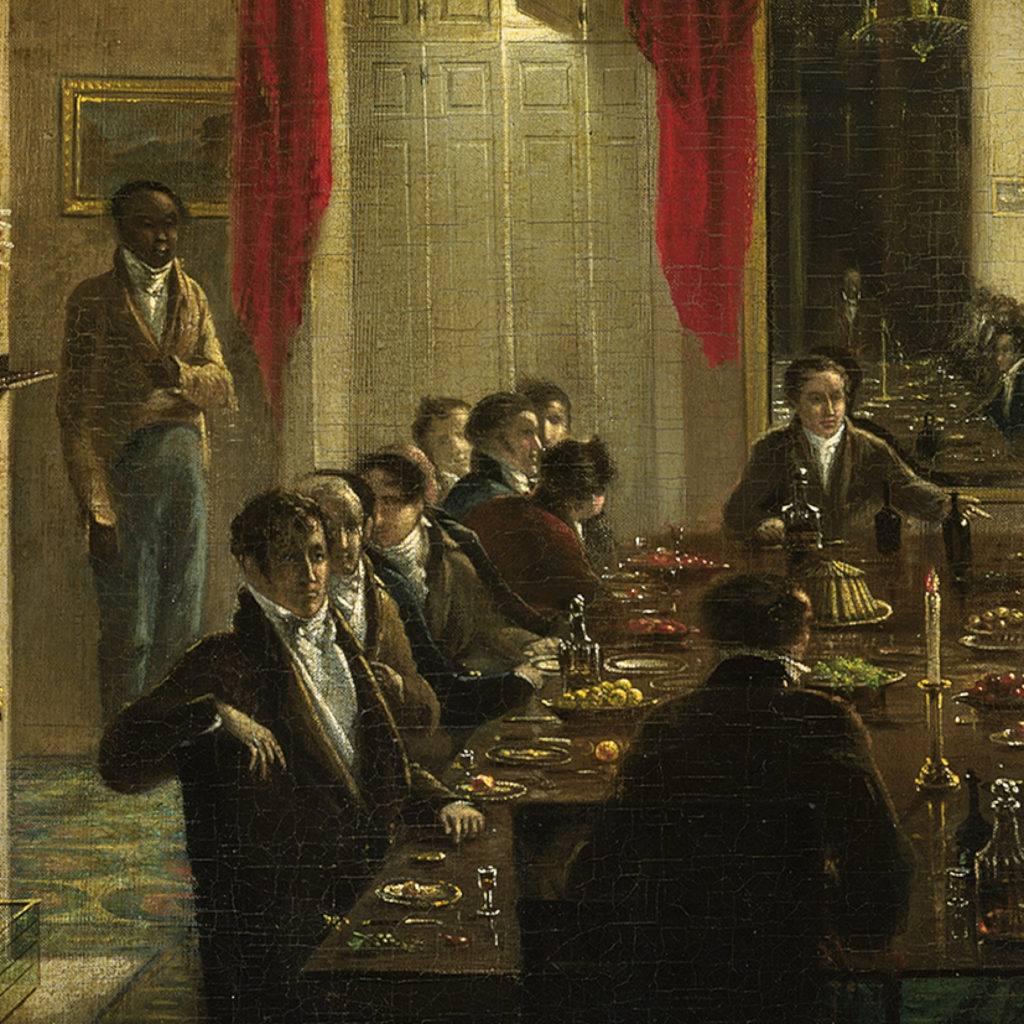 There is not any part of a servant’s business that requires greater attention and systematical neatness, then setting out his dinner table, and managing for a party of sixteen or eighteen people.

–Excerpt from The House Servants Directory, by Robert Roberts, 1827

How many servants the Otises had is hard to say. The records show five male servants from 1798 to 1800, with no more than two at a time. However, these records can be spotty and only reference men over the age of 18. There were probably younger servants, and we know there were female servants who did not appear in tax records.

The lives of the servants and staff who worked in Federal Boston were closely intertwined and mutually interdependent with their employers, and the Otises would never have been able to maintain their home and family without the labor of these individuals. Servant experiences, due to rapid turnover and lack of records, remains sadly fragmentary. What we do know about three of the Otis’ servants, Abraham Francis, an African American footman, William Burgis, a teenaged coach man, and “Harlow,” a nursery maid, offer a rare glimpse into everyday life at the Otis house and Federal Boston.

Robert Roberts was an author, abolitionist and domestic servant who was employed at Gore Place in Waltham, Mass., the country home of Rebecca and Christopher Gore, fellow politician and Otis contemporary. Roberts House Servants Directory, published in Boston in 1827, is considered one of the first black-authored commercially printed books in America. The Directory dispensed detailed advice on waiting tables, cleaning silver and glass, and general comportment to young men employed in stately homes.