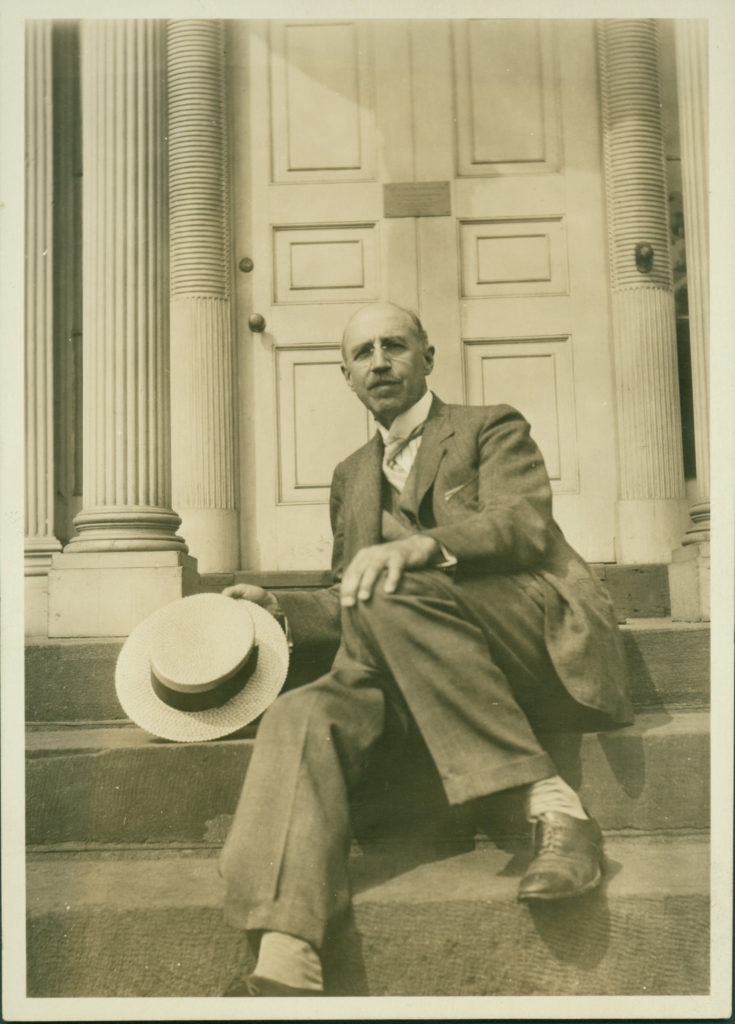 William Sumner Appleton on the steps of Otis House.

In early 1916, founder William Sumner Appleton identified Otis House as a building worth saving and a suitable headquarters and museum for his fledgling preservation organization. In reaction to the increasing diversity of Boston’s population, people of Appleton’s class and lineage began to feel the need to preserve symbols of their heritage. By the time Appleton became interested in acquiring the house, it was in the process of being transferred to the Benoth Israel Sheltering Home for Jewish Women. A friend of Appleton’s interceded and persuaded the organization to sell him the property at a purchase price of $26,000.