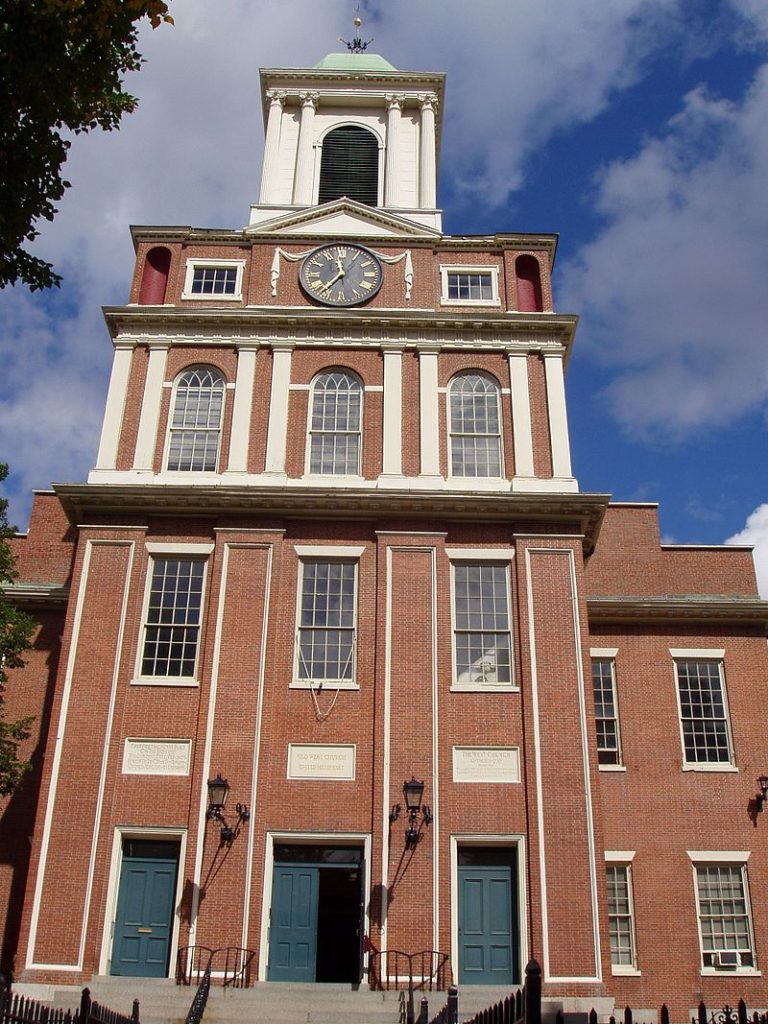 The Old West Church was built in 1806 in the Federal style by architect Asher Benjamin, replacing the Lynde Street Church (1737), a wood-framed structure whose steeple was destroyed by British forces when they suspected that it was being used by Patriots to signal the Continental Army. With the influx of immigration and the exodus of parishoners in the late nineteenth century, the congregation dwindled and the building was closed in 1892.  In 1894 the city of Boston reopened the structure as a branch of the Boston Public Library which it remained until 1960, ultimately becoming a Methodist church in 1964.