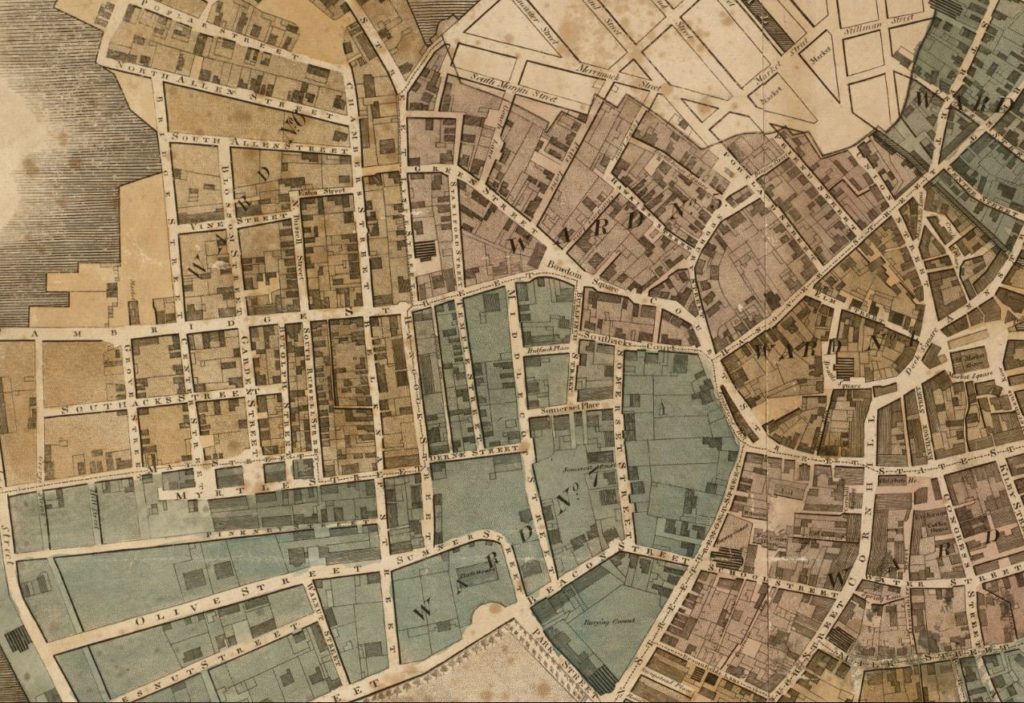 Bounded by Beacon Hill on one side and the Charles River on another, Boston’s West End exists today as a faint memory of its fashionable residential and commercial beginnings. Throughout the nineteenth and early twentieth century, the neighborhood transitioned from the home of wealthy Bostonians to that of newly arrived Americans. This unique enclave of the city, along with its historic architecture and cultural richness, was all but obliterated between 1958 and 1960 in Boston’s post-World War II era urban renewal efforts.