The remarkable story of this desk is inscribed on a handwritten note attached to a drawer. When Boston was occupied by British troops during the Revolution, William Foster and his family, including Sally Foster Otis, moved to their farm in Brighton for safety. Before he left his home in Boston, Foster wrote his name in chalk on several pieces of furniture. 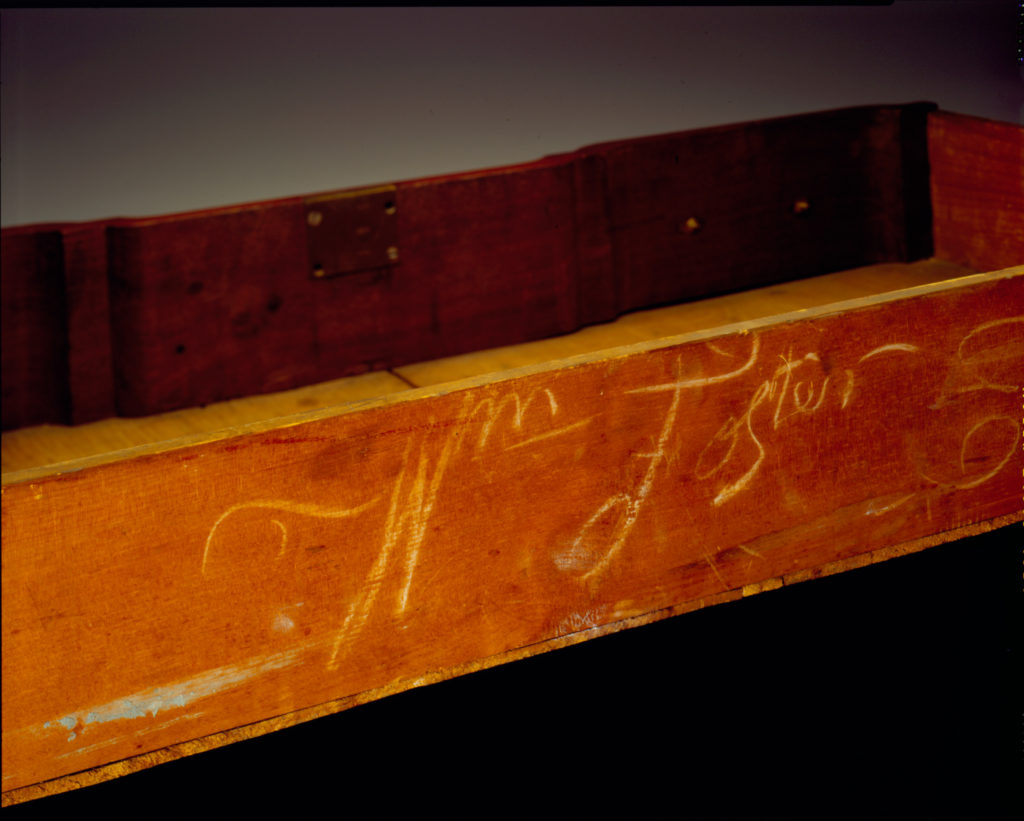 With its massive size, elegant blockfront design extensive use of mahogany, large brasses, and mirrored glass, this would have been a treasured piece. When Foster returned from exile, he found his desk and bookcase at the Old Province House, which had been used as a headquarters by British officers. Foster was able to prove that the desk belonged to him by pointing to his chalk inscriptions on the drawers, which are still visible today.

This piece of furniture, while important to the Foster and Otis families, was not of the current Federal style and thus would have been relegated to a more private spaced like the Office.