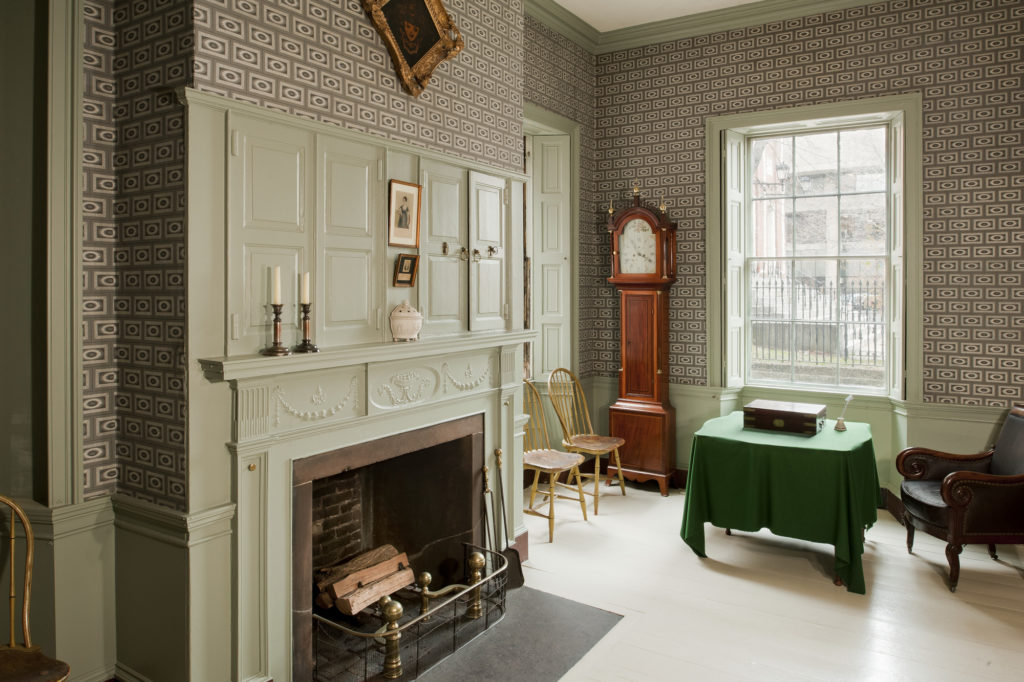 While the dining room and parlor were for entertaining guests, the office was a private room never seen by visitors.  Although Otis had an office in downtown Boston where he met with his legal clients, we believe this space was used to deal with household matters. The office is decorated in a fairly simple style, without curtains or carpeting, using simple wooden chairs. Elegant, expensive furnishings were reserved for the formal entertaining rooms. 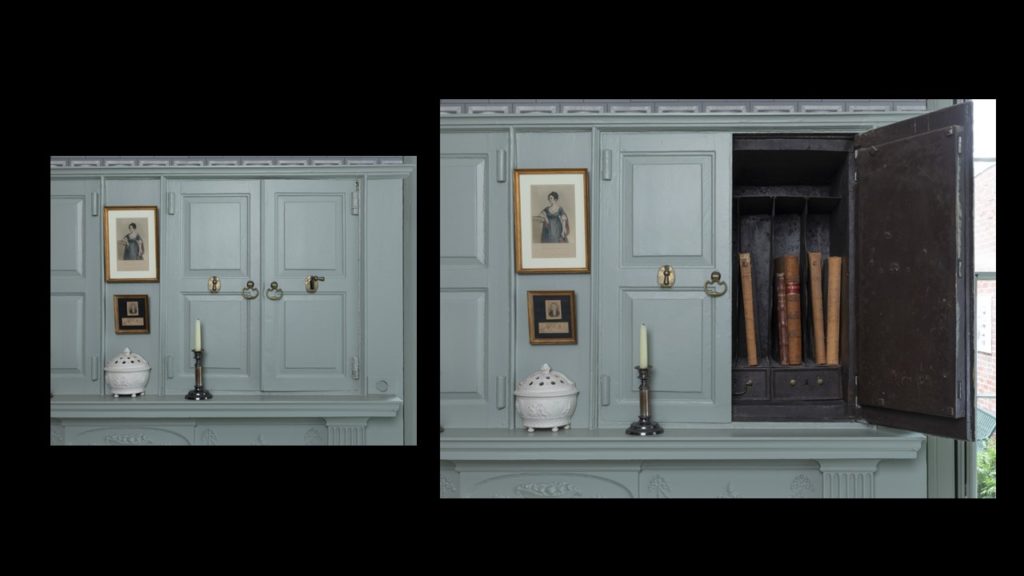 One of the most intriguing features of this room is the built-in wall safe where Otis kept his money and important documents under lock and key. The iron safe on the right side over the mantle was designed to look like a wooden cupboard with raised paneling. It is matched by false wooden doors (with fake wooden hinges) on the left side. 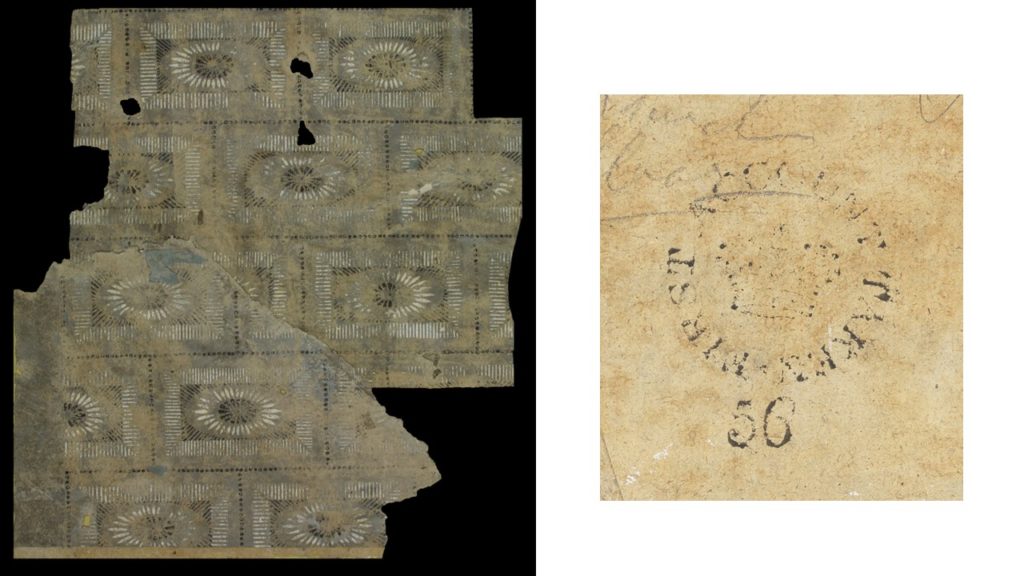 During the restoration of this room, workers uncovered eleven layers of wallpaper from over the years.  They stripped them off layer by layer and made a huge discovery.  The bottom layer (left) had a 1796 British tax stamp affixed to the back (right).  This stamp identifies the paper as British and dates it to the building of this house, leading us to believe that the Otises chose this paper for this room, offering visitors a glimpse of the personal style and tastes of the homes original owners.

An Informative and Detailed Primary Source 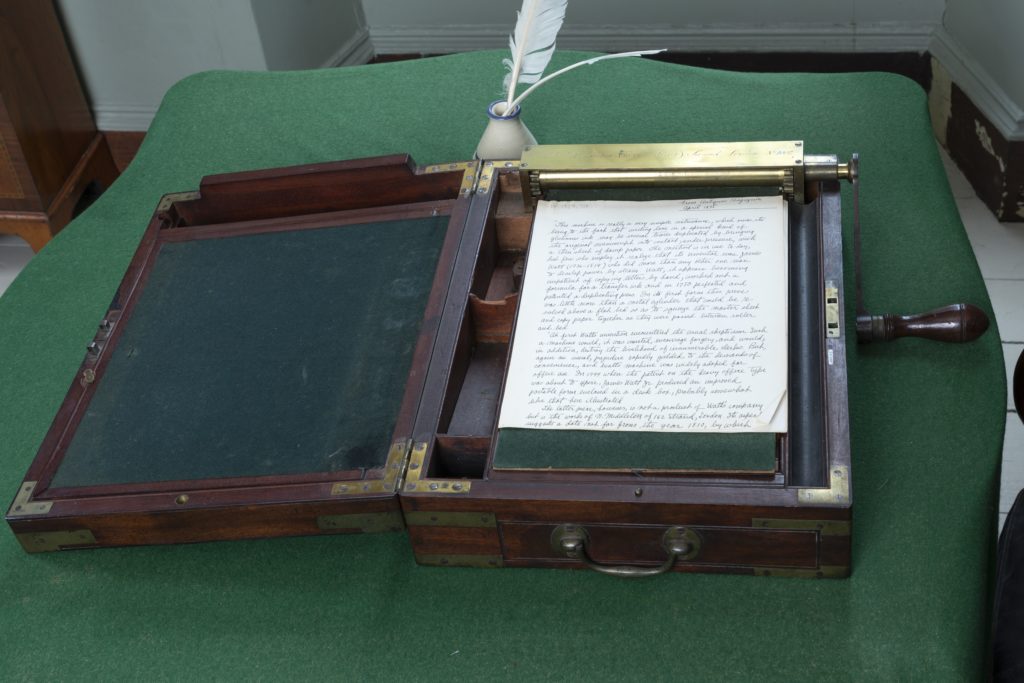 This extensive collection of loose papers includes the business, political, and personal correspondence of Harrison Gray Otis; lawyer, Congressman, Senator, and Mayor of Boston. Among the papers are receipts, deeds, and accounts documenting Otis’ land speculation deals as well as a long series of letters with his wife, Sally, and their children. Other correspondents include John Adams, Josiah Quincy, and Daniel Webster on such topics as the United States Embargo of 1807 (against Britain and France), the Hartford Convention (regarding the War of 1812 and concern over the Federal Governments increasing  power), Massachusetts state politics, the Bank of the United States, and slavery. Today, the original documents are part of the collection of the Massachusetts Historical Society.